Due to an overwhelming response for the Charlottetown Film Festival’s opening night screening, organizers have arranged for a special showing of these films in Historic St. Mary’s later this month, with a special performance by Catherine MacLellan!

The Charlottetown Film Festival is screening three films at their opening night on Friday, October 12th : O KANATA;   ATHENA’S LOST TWIN  and  THE SONG AND THE SORROW, but due to limited seating in the venue, this event sold out almost immediately. A second screening of these films has been added Tuesday, October 16th, again at the City Cinema Theatre in Charlottetown, however organizers felt it was important to make these films accessible to as many as possible. 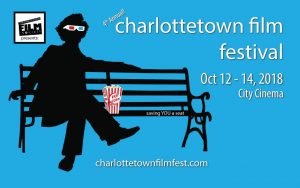 “Three remarkable documentaries by three talented Island women directors is such a cause for celebration” ChFF’s Cheryl Wagner says “and the core of each film shows the impact of song to lift us beyond any sorrow life brings. A night not to be missed.”

This third screening is scheduled in Historic St. Mary’s for Friday, October 19th at 7pm. The Charlottetown Film Festival partnered with Indian River Festival to offer these amazing films to an audience, who may not have been able to attend opening night screenings and travel the distance to Charlottetown.

It has been a privilege to create the film The Song and the Sorrow with Catherine MacLellan and the National Film Board” said Millefiore Clarkes, the films Director. “I am thrilled to have it screen at the Indian River Festival, as the film is full of music, and what place better to listen to and honour the music of Gene and Catherine MacLellan than St. Mary’s Church?”. 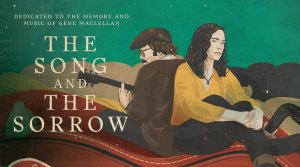 “We are excited about having these films screen in Historic. St. Mary’s and looking forward to bringing a film experience to IRF audience” said Don Quarles, Executive Director of the Indian River Festival. “Having these films shown on a large screen with our incredible sound system will be a treat for anyone wanting to see these films.”

Doors open at 6pm and food and beverage will be available for purchase in the pavilion, including Samuels Coffee, Upstreet Brewing beer, Wine, cookies from Crystal Green Farms and more!

The SONG AND THE SORROW, is dedicated to the Memory and Music of Gene MacLellan and is a National Film Board production. The documentary just won Best Atlantic Short Doc at FIN Atlantic International Film Festival 2018 in Halifax and the award for Best Atlantic Filmmaker at the 2018 Lunenburg Doc Fest.

“We are especially excited to Catherine MacLellan and Mille at this screening to answer questions after their film” said Quarles. “We have also been told there many be a few surprises including a special performance by Catherine. This will truly be a once in a lifetime experience and an event you do not want to miss”.  He added  “It can get a little chilly in the Church at this time of year, so we welcome folks to bring their own blanket to help keep them cozy and warm, and along with the hot and cold beverages we will be serving in the church, it will be a magical evening!”

About the Charlottetown Film Festival

Devoted to celebrating and showcasing the works of emerging Atlantic filmmakers, with a special focus on Island screen artists, the film festival started in 2015, under the umbrella of The Charlottetown Film Society. Since this time, close to one hundred films have been screened – a banquet of feature films, documentaries, short dramas and comedies, animation, music videos. The Festival runs from October 12th-14th in Charlottetown and is committed to nurturing a growing film culture here on Prince Edward Island and throughout Atlantic Canada.

Special thanks to FILM PEI for the use of their projector and screen.