Here at Indian River Festival we rely on a simple, time-tested strategy to create music magic for our audience: taking the old with the new. Sitting under the awe-inspiring vaults of Historic St. Mary’s, you may hear renditions of Mozart and Bach one night, and the contemporary stylings of Matt Andersen or David Myles the next. We’ve tried our best to honour the history of our venue (and of classical music in general) while not turning our back on modern music—or, in this particular case, modern design. That’s why when architect David Sisam proposed a more contemporary plan for the church pavilion, we were thrilled. And so, too, was the design community—last year, David’s design for the St. Mary’s pavilion won an Atlantic WoodWORKS! Wood Design Award. We are incredibly grateful to David for volunteering his time and talent to spruce up our somewhat-barren lawn, and to provide a beautiful and welcoming space for our patrons. If you are interested in design, or simply love a good story, keep reading—we’re going to let David tell this one himself.

It is a remarkable truth that the summer concerts of the Indian River Festival are what is keeping the splendid Historic St. Mary’s from falling to rack and ruin. This history of efforts to preserve the church were begun by the Save St. Mary’s campaign in 1987 and have continued since 1996 with the induction of the Indian River Festival Association. Approaching from the west, Saint Mary’s church sits on a height of land with a commanding presence over the surrounding landscape, highlighted by the circular southeast tower. As impressive as the exterior of the church is, the interior is where the building truly shines. The fact that William Critchlow Harris was a musician who understood acoustics as well as an architect allowed him to create an incredible feat of sound design, which makes the church a truly special place for performers. Harris’s architecture, especially the wooden churches he has designed around the Island, have a clarity of form, colour and materiality, which provides a fresh, almost modern character.

In 2014, the board of directors of Indian River Festival made a decision to replace the provisional tent on the west lawn beside the church with a permanent structure. A tent had been used before and after performances, and during intermissions for gatherings, with some provisions for snacks and drinks. My wife and I have been both supporters, and enthusiastic audience members, of the Festival for years. We’re both architects and have been drawn to the Festival not only for the fine music, but also the magnificent architectural wonder that is William Critchlow Harris’s church. Periodically, we were asked for some advice on architectural changes to the church—my wife designed the more generous new stone steps to the main entry to replace the existing steps that were in disrepair. In the fall of 2014, I was asked if I would design a new pavilion to replace the existing tent. I agreed to do detailed design drawings and models on the condition that the board would engage a local architectural firm, BGHJ (now Nine Yards Studio) in Charlottetown, to do the construction documents (we had worked with the firm on some other Island projects). A small board committee was put together to direct the project: board chair Pat Hobbs, past chair Rene Hurtubise, treasurer Derek Huestis, director John Drinkwater, and the ever-supportive general manager of Confederation Bridge, Michel Le Chasseur. This was a very dedicated and supportive group who were literally pulling together the funding for this project as the design progressed.

I sensed that there was a desire on part of a few of the board members to design a pavilion to be in the same style and period of the church. I felt that this was not the way to go for several reasons. First and foremost, this was 2015, not 1902, and any attempt to mimic the style of the church with the budget at hand would come off as a poor imitation. Secondly, I imagined the pavilion to be outward looking, embracing the surrounding landscape, as opposed to the church which is very inwardly focused. Soon, the board and committee agreed on this more modern design. The material palette, colour, and scale complemented rather than imitated the more introspective nature of the gothic architecture of the church.

The pavilion is a single-storey volume, with a partial clerestory and generous wood decks. The pavilion’s exterior white cedar shingles match the shingles of the church, allowing for a complimentary colour scheme. The north and east facades abutting a dense tree scape and the church annex, respectively, are largely opaque with a ribbon of high awning windows to allow for ventilation on warm summer evenings. The south and east facades are more transparent, with large retractable glass doors. The columns all have mini tables around to accommodate drinks and snacks (strawberry shortcake being a staple for intermission refreshments). Strategically oriented to offer views out to the nearby pasture and beyond to Malpeque Bay, the pavilion with its low roof, glass doors and outdoor wood deck engage the exterior while the windows above let daylight filter down to the center of the pavilion. In the late summer, when the sky begins to darken earlier, the clerestory takes on the appearance of a large lantern when viewed from the lawn.

The higher butterfly roof, supported by a large steel beam and a prefabricated glulam wood frame structure, slopes down to the north east. The glulam wood roof structure is sealed spruce, prefabricated with predrilled holes for bolted connections. The flat roof is precut structural wood deck. All components arrived on the site wrapped for protection. The prefabrication enabled a relatively quick assembly and ensured the quality control provided by the factory production.

During performances, I find myself looking up at the magnificent vaulted ceiling or the intricately carved wooden screens in the chancel, the sublimeness of the venue’s beautiful sights and sounds all around. For the many memorable performances that I’ve had the pleasure of attending, the most unforgettable perhaps, were two performances by Measha Brueggergosman—one featuring opera, the other jazz. It is great to have a concert series featuring Canadian artists, many from the music-rich Maritimes, such as Rose Cousins and David Myles. And of course, it is always a pleasure to listen to the stellar piano-playing of artistic director Robert Kortgaard and Peter Tiefenbach either solo, as accompaniment, or as a piano duo.

Ultimately, it is a program of great music preserving the wonderful architectural heritage of St. Mary’s. 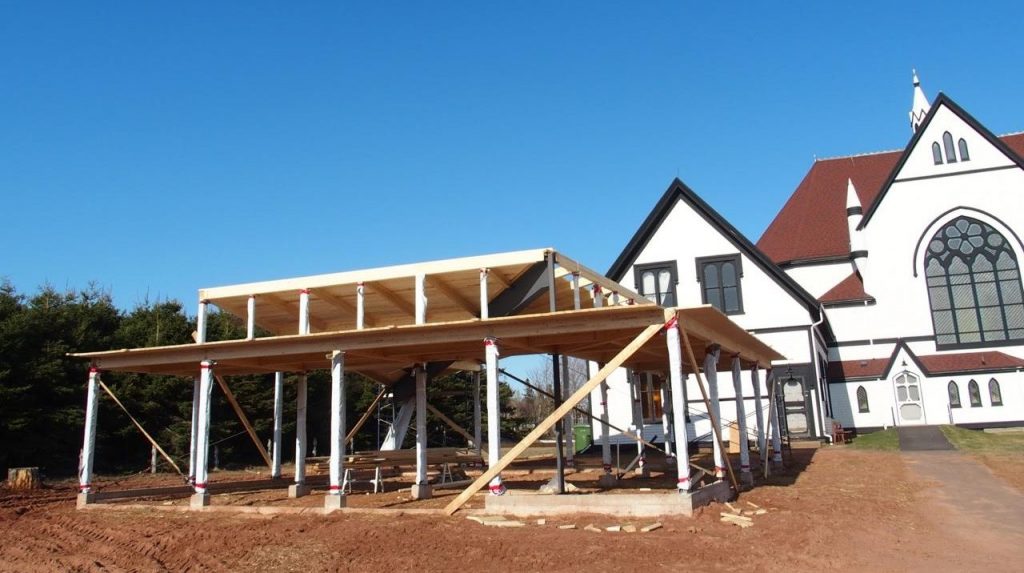 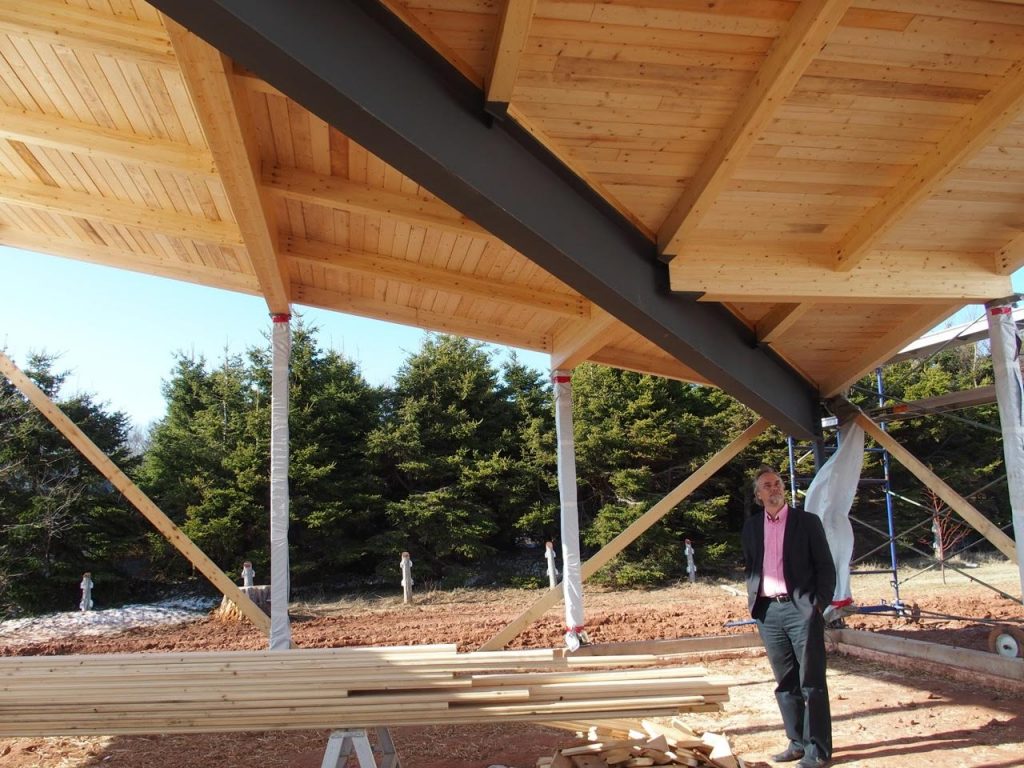 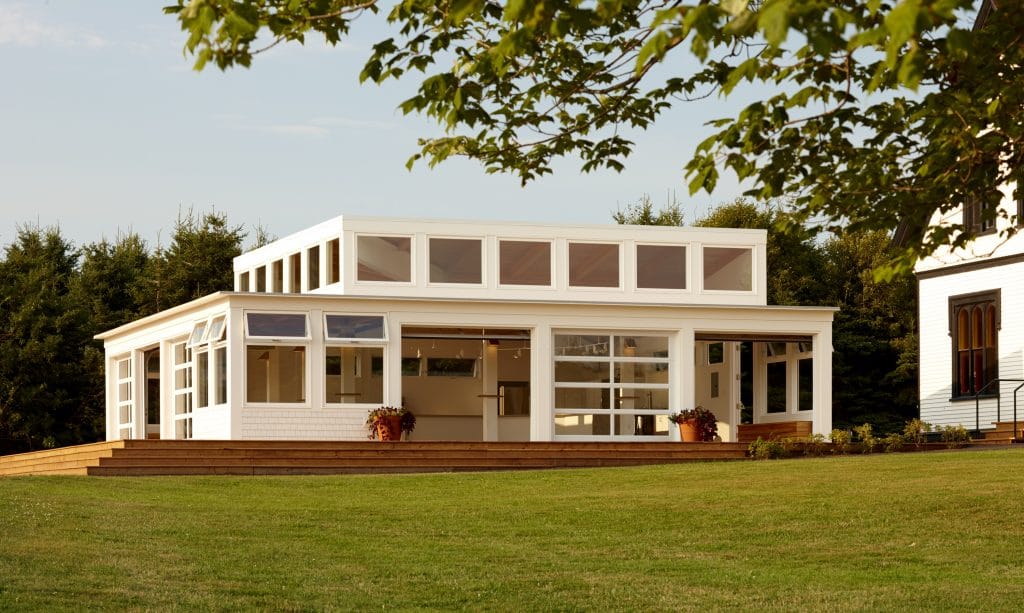 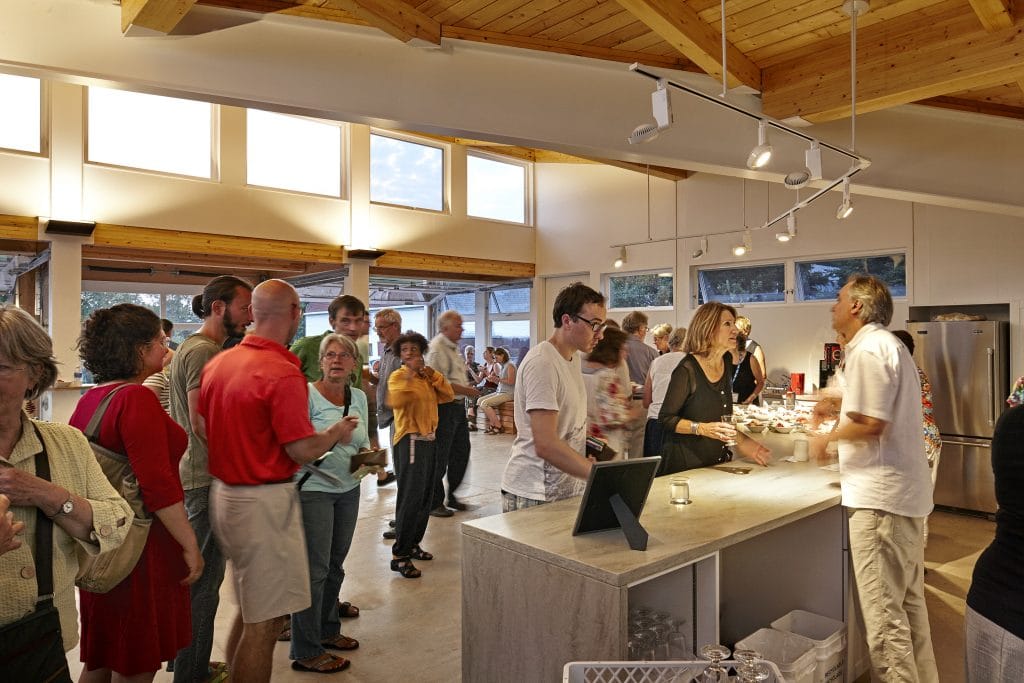 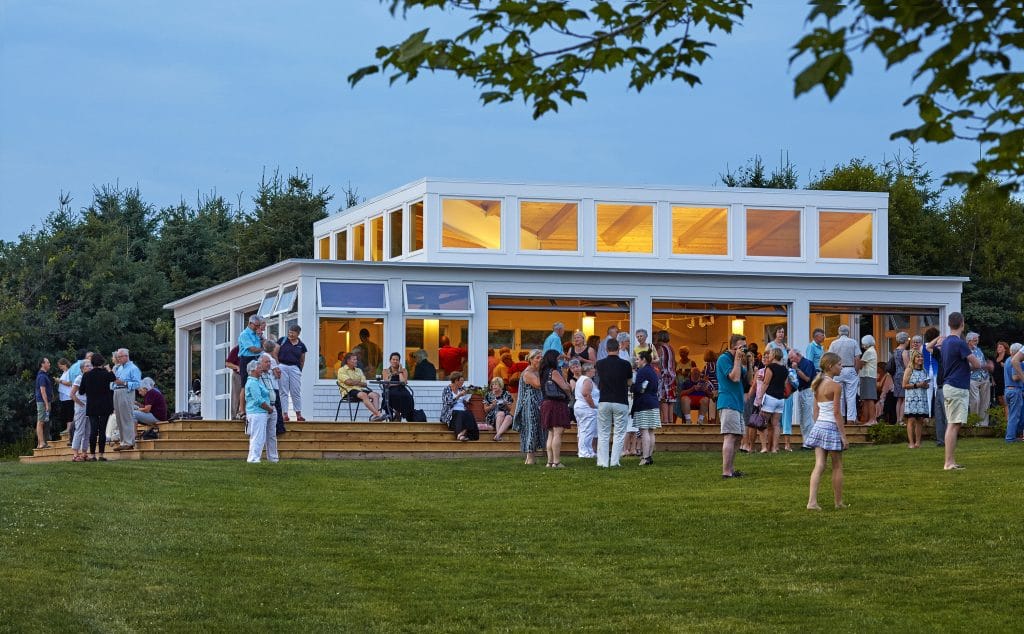